We had dinner at Havana Restaurant and Bar in East Perth a few weeks ago. Earlier that same day, I’d eaten breakfast at Toast. Jac met me in East Perth after work on a Friday night.

We hadn’t planned to eat at Havana – we took a walk along Royal St and then Claisebrook Cove, stopping at various restaurants to look at their menus. It just so happened Havana’s menu appealed to both of us. We didn’t know much about the place but decided to give it a try.

Hot tip to all restaurants – if you don’t have your menu posted at the front of your restaurant, you are missing out on potential customers! I’m amazed at how many restaurants do not have a menu displayed out the front. It’s not tacky – it’s practical, and essential! We always read menus as we walk past restaurants. If the menu appeals, we’ll either walk in if we’re hungry (if it’s not the kind of place you need a reservation for) or make a note to make a reservation/come back at another time. Having a website is essential to capture potential customers surfing the net, but making your menu accessible at your shop front is a must for good old-fashioned foot traffic. Not everybody will be willing to step into your restaurant and ask to see a menu.

We started with drinks – a virgin Mary for Jac and a lemon, lime and bitters for me.

We shared a serve of Havana garlic prawns (AU$25) as a starter. The Western Australian king prawns were sauteed in olive oil, garlic, chilli and white wine, and served with crostini. The prawns had an interesting twisted appearance and when I first saw them I feared they would be overcooked, but they tasted wonderful rolled in the garlic oil. They were served without their tails which is always a plus for garlic prawns – you could spear a prawn with your fork, smother it in garlic oil and pop it into your mouth without needing to get your fingers dirty. No need to muck around separating the shell from prawn or sucking the meat out of the shell. Some people might expect a few more prawns for $25 though.

Marsala vs masala
In this case, the cream sauce was definitely cooked with “marsala”, not “masala”!

The sliced mushrooms were arranged to tumble beautifully from the top of the mashed potato. The veal escallops were lovely and tender. Only complaint? There definitely needed to be more of that lovely sauce to soak into the mashed potato.

The green vegetables, broccoli and bok choy, were cooked with plenty of garlic. They were the greenest green vegetables we’ve been served in a restaurant for ages and illustrated perfectly why I dislike over-dark restaurants so much. Although Havana was dimly lit, it was still bright enough that you could really appreciate the colours of the food on the plate. For me, that’s a big plus for a restaurant.

I don’t know about you, but I like to be able to fully appreciate the food on the plate before me – how it tastes, smells, feels and looks (and sounds, depending on the food). Doesn’t the pleasure of eating come from all the senses? I hate how some restaurants rob me of the element of visual pleasure. Why take the trouble sourcing the best produce, cooking it to perfection, and plating it beautifully if your customers can’t even see it properly?

I ordered the Havana half chicken (AU$35), a chargrilled half chicken marinated with garlic, paprika and lemon, served with rosemary potatoes and vegetables. I couldn’t really taste rosemary, but they were perfectly cooked, tender and well seasoned potatoes.

I also had garlicky broccoli and bok choy with my dish. The chicken was succulent and tasty, the skin nicely caramelised. It looked so good (and I must’ve made all the right appreciative noises) that the people sitting at the table next to us deciding what to order asked us: “Is that the Havana half chicken?”

For dessert, Jac was eager to order the caramel pannacotta, served with red wine and forest fruits (AU$12) but unfortunately we were told both the pannacotta and apple pie were “not available”. Her second choice was the tiramisu (AU$15), which came served in a martini glass.

The marscapone was creamy and rich with the flavours of rum and coffee, but Jac found the biscuit dust topping an unworthy substitute for the missing sponge fingers. It was a pleasant dessert but didn’t satisfy as a tiramisu.

You had me at “crepe”! I ordered the banana crepe with rich chocolate sauce (AU$18). The plump pillowy crepe was stuffed with soft, freshly caramelised banana, drizzled with chocolate sauce and topped with a scoop of vainlla ice cream. I had to take this photograph very quickly as the ice cream was melting on the hot crepe very quickly! The crepe itself was a little rubbery in texture, but combined with the chocolate sauce, hot banana and ice cream, every mouthful was a delight.

When we arrived the restaurant was practically empty but by the time we left there was a pretty good crowd. The food at Havana is on the expensive side – it’s not OMG expensive, but it’s definitely not cheap. But our meals were delicious, the desserts house-made, and the service was good. As a bonus, our charming waiter had a lovely French accent and I secretly enjoyed hearing him say “crepe”. ;) Jac wasn’t impressed that on a menu of half a dozen desserts, two of them (the pannacotta and apple pie) were “not available” for Friday night service, usually one of a restaurant’s busiest nights. Since going to Havana I’ve read a number of negative reviews of the place online, but we enjoyed a very pleasant evening. 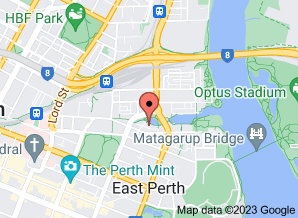 25% off with the Entertainment Book

I used the Lumix 20mm pancake lens to take the photos featured in this post. I did adjust the brightness of the photos a little in Photoshop, but I continue to be amazed and thrilled by the performance of this camera and lens in low light. I’ve mentioned before – I’m no Photoshop whiz by any means. If a photo is terrible from having been taken in bad lighting conditions, I probably won’t be able to resurrect it, so the photos you see on the site are a testament to the quality of the camera/photo, not my Photoshop ability. The photos taken with the Lumix G2 in the relatively dimly lit Havana were great!