EDIT, November 2011: Crumpet is now under new management. The menu is predominantly Lebanese and no longer features homemade crumpets

It’s been almost a year since I blogged about Crumpet in East Victoria Park. Crumpet was one of the eateries I listed in my Top 5 Perth eats of 2010.

Something you must never forget when reading online reviews is to check how recently they were written, because a lot can change over time. In Crumpet’s case, it seems a lot can change in a year.

We went to Crumpet for breakfast a couple of weekends ago. Jac was keen for their eggs Benedict and iced coffee, and of course we were both eager to share a plate of hot buttery crumpets.

The freshly toasted homemade crumpets with butter and honey (AU$4.50) arrived quickly and were superb.

Crumpets with butter and honey (AU$4.50)

They were soft and doughy in the middle, and toasted brown and crisp on the top and bottom.

Whenever I read Enid Blyton books that describe eating crumpets with lashings of butter and honey, this is exactly what I imagine. Only bad thing is sticky fingers make it tricky to work the camera!

Crumpets with butter and honey, lots of honey

Thank goodness the crumpets arrived so quickly, because the rest of our food took ages – so long that Jac even checked with our waiter to make sure our order hadn’t been forgotten. We don’t do that often.

After all that waiting, Jac was very disappointed to discover her eggs were overdone. We’d waited so long for our food she didn’t want to send her dish back and then wait even longer. It’s hard to forgive badly cooked eggs in a cafe or restaurant. The ham was so thinly sliced it was practically transparent. The toast was like a rusk – tooth-breakingly dry.

I ordered the homemade cornbread with bacon and maple syrup (AU$12.90).

The cornbread was delicious but it was so thickly sliced I didn’t need nor finish the second slice. The bacon was crispy but there was barely a drizzle of maple syrup on it – there definitely needed to be a lot more syrup, as the dry cornbread and bacon became increasingly difficult to eat.

The napkins we received (wrapped around our cutlery) were strangely damp. It seemed bizarre that the waiter wouldn’t feel the dampness in her hand when she picked up the cutlery to take to our table.

In my original write-up of Crumpet, the iced coffee Jac was served was magnificently memorable – back then it came topped with whipped cream sprinkled with fresh coffee beans, chunks of toffee and vanilla-flavoured rock sugar. See below:

Crumpet’s ice coffee back in June 2010

What Jac got instead this time was pale and plain. Having had the previous more spectacular iced coffee, this one was somewhat of a let-down.

We weren’t as impressed with our food this time around, but the homemade crumpets with butter and honey are still something special.

Every time we’ve walked past Crumpet, it’s been packed. When we were there for breakfast, the cafe was full the whole time, with people constantly peeking in at the door, gazing enviously at those of us lucky enough to get a table. But clearly, the kitchen was not keeping up the orders – we could see we weren’t the only ones waiting a long time for our food.

Breakfast in Perth published a post recently about a disappointing breakfast at Crumpet too. It’s such a shame. The comments at that post suggest our experience was not just a bad day at work for Crumpet.

Don’t get me wrong – I’m not naive enough to think any restaurant wouldn’t change its menu, or the presentation or composition of its dishes. There are also things like availability of ingredients and ongoing costs to take into consideration. But overcooked eggs and a long wait for food… those aren’t mere “changes” – they’re the unwelcome symptoms of complacency and slipping standards. 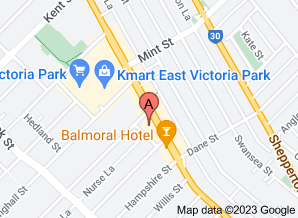