El Loco Mexican cantina is located at the Excelsior Hotel in Surry Hills on the corner of Foveaux and Bellevue Streets. Even before stepping inside, there’s a great sense of fun about the place – the otherwise drab and dingy building exterior has been brought to life with hand-painted arrows and Mexican motifs, a line drawing of a taco-seeking shark and cacti peeping out of colourful pots. It’s hard to miss the bright blue doorway bordered with red and black diamonds, with the chefs’ herb garden in rustic wooden barrels and the vividly coloured chairs and wooden benches perched crookedly around the hotel’s perimeter.

Outside seating on wooden benches and cacti in colourful pots

Inside, more splashes of colour – the tall stools, garish tabletops, more screen-printed and hand-painted Mexican motifs and murals on the walls. If you look carefully you will stumble on a picture of Mexican painter Frida Kahlo with her signature frown.

Colourful stools and tables inside

Cutlery and El Yucateco sauces on the table

It’s hard to be too serious at El Loco, but head chef Dan Hong (of Mrs G. and Lotus restaurants) is serious about his food. Before opening the cantina, Hong embarked on a 10-day research trip that that involved food trucks in LA and Hollywood, street food stalls in Mexico and eating lots and lots of tacos.

The result is traditional Mexican tacos with Dan Hong’s twists, made lighter and fresher to suit the Australia palate, with plenty of fresh herbs and salsas. On El Taco’s regular menu are six tacos: pork, beef, prawn, chicken, tofu and a ‘secret’ taco that changes daily. We try all except the prawn.

All of the soft corn tacos come with salsa verde, pico de gallo and a fresh mix of crunchy cabbage, coriander and spring onions. You can substitute the tortilla for a lettuce leaf if you prefer. They are AU$5 each, each one a decent handful; two tacos will probably do for lunch. Sitting outside on colourful chairs surrounded by colourful cactus pots, these tacos look plain Jane by comparison – but as we discover, they’re bursting with freshness and taste sensational. Spillage as we eat is unavoidable.

The staff flatly refuse to tell us what’s in the secret taco even after we’ve finished it. Jac is pretty sure this one is a liver taco and loves every bite.

If you aren’t an offal fan, beware the allure of the ‘secret’. Dan Hong has said in an interview that one of his favourite tacos from his research trip was a pork taco in Mexico City that included almost every part of the pig including brain, ears, tongue, stomach and intestine. El Loco’s infamous secret taco showcases animal parts many Australians wouldn’t think to eat, let alone find in a taco. I’ve seen secret taco tweets that mention crumbed lambs brains, pig’s testicle, pig’s head, veal kidney, pig’s stomach, lamb’s tongue, chicken heart and pig’s uterus. Our liver taco seems pretty ordinary next to that organ-rich list.

In addition to the six regular menu tacos, there are blink-and-you’ll-miss-them specials so there’s always something new and interesting to order. Churros rolled in cinnamon sugar and served with chocolate sauce have also made special appearances from time to time.

El Hot Dog (AU$9) is a magnificent specimen, with a grilled pork frankfurter smothered with finely grated queso fresca, served in a soft bun with more buried treasures: pickled jalapenos, pico de gallo and mayonnaise. The sausage is made specially for El Loco according to their specifications. The white Mexican cheese bears little resemblance to the gluggy melted cheese blanket that has smothered so much of the Mexican food we’ve grown up eating in Australia. You’ll definitely need that serviette. And maybe steal your dining companion’s too.

The Al Pastor pork “torta” sandwich (AU$10) comes in a not-so-traditional sesame seed bun stuffed with grilled marinated pork carved off the spit, with the fresh cabbage, coriander and spring onion mix, pico de gallo and lashings of mayonnaise that will leave you with the most beautiful creamy mayo moustache. This beauty is messy to eat, with pork and salad falling out with every glorious bite. Don’t forget to give your now cabbage and crumb-studded lap a brush-off when you stand up to leave.

El Loco is not just a cantina; it’s a barra as well, with a tequila shack that proudly offers 26 different tequilas, Mexican beers and margaritas. I rather like the thought of after-work tacos and margaritas.

5 May is Cinco de Mayo and El Loco will commemorate the occasion with the roasting of a whole pig, margaritas and entertainment from 6pm. See El Loco website for more details.

El Loco is fresh, fun casual dining. It will get messy but oh, it’s good. And offal fans, rejoice! 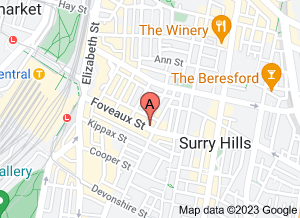 It’s taken a terribly long time to get here, but this is the final food post from my series on my November 2011 Sydney trip. Wherever you may be, I hope you’ve enjoyed the posts – which was your favourite?

The full list of Sydney 2011 food posts in reading order is available on my Travel page.

I’ve got more Sydney food coming up from a short (3 days, 2 nights) trip in March. But in the meantime, there’s more Perth content on the way.