Bangbang Espresso Bar and Cafe is located on a hill, on one of the quieter terrace-lined streets in Surry Hills. It is owned by award-winning former Ministry of Sound DJ Alan Thompson.

The cafe is stylish and funky with large windows that open out into the street. On the white wall is a painting of headphones with a cord that crawls across the interior of the cafe. Around the communal wooden tables are shiny steel drummers’ seats. Hanging low from the ceiling are custom crafted lamps. The background music is perfect to drink coffee to; more weekend urban groove than pumping nightclub.

The orange wall behind the counter gives a warm glow that is much needed in otherwise stark surroundings.

It’s our last day in Sydney. Juji, Jay and I will get on a plane later in the afternoon to fly home to Perth and Jac will catch the train to Parramatta where she’ll be attending a conference for the next few days. Our bags are all packed and we’re ready to squeeze in more excellent eating.

Jay orders the Bangbang Breakfast Stack (AU$16.90) – a potato rosti topped with spinach, two poached eggs, crispy pancetta and hollandaise sauce. The thin strips of pancetta are arranged on top like helicopter propellers. The thick, bright lemony hollandaise oozes down over the wilted spinach and golden potato. It looks spectacular and tastes sensational.

Jac orders Green Eggs and Ham (AU$16.50), an open pesto omelette with strips of Black Forest Gypsy ham, baby spinach and sweet roasted tomato wedges. The chef’s final touch of olive oil has made the omelette glisten but resulted in a slightly too oily dish; otherwise, it all tastes beautifully fresh.

Juji and I both order the soft-boiled eggs with toasted Vegemite sourdough soldiers (AU$9.90 – also available as Marmite soldiers). We each receive two eggs in shiny silver cups, a spoon to crack open the shells and a stack of thick-cut Vegemite toast fingers. The salt’s not really necessary as the Vegemite toast has plenty of flavour.

For many, soft-boiled eggs and soldiers are a reminder of childhood. When I was a child in Malaysia my late grandmother made us soft-boiled eggs for breakfast which we ate broken into a bowl with a drizzle of soy sauce and a sprinkle of white pepper – no soldiers. I love the pleasure and comfort from something as simple as tapping warm egg shells with a teaspoon and dipping bread into soft gooey eggs.

Outside, Reservoir Street has come to life with Bangbang breakfasters and coffee drinkers. The coffee’s good and so’s the food. Bangbang’s got cool, modern looks, but there’s HP sauce on the tables to go with the old-school favourites from Alan Thompson’s childhood in the UK. Dishes include Welsh Rarebit; Scottish Breakfast (with traditional black pudding, square sliced sausage and a tatty/potato scone); a full English fry-up that includes pork sausage, Bangbang baked beans and bubble and squeak; and a good old simple bacon butty. All the eggs used are free range. Definitely worth checking out if you like going out for breakfast. 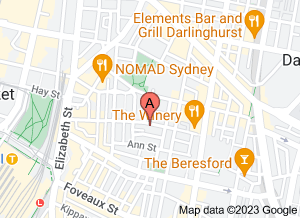 I went to Sydney with my sister Juji and her fiancé Jay in November 2011. Jac joined us for the final weekend of the trip. See the list of posts so far, in reading order. We’re getting closer to the end of the series… just a few more posts to come.

Congratulations to Jessi, winner of my macaron book/zine competition.