A few days after Christmas we met up with my sister Juji and her boyfriend Jay to have lunch in Northbridge before going to the Art Gallery of Western Australia to catch the Peggy Guggenheim exhibition, which ends on 31 January. We had planned to go to Tak Chee House but were disappointed to discover they were closed until the 5th of January – not that I’d begrudge anyone’s right to have holidays (even if I desperately wanted to eat their famous Hainanese chicken rice)!

We wandered along William Street and came across this glorious sight in the window of Golden King BBQ restaurant. We’re proud carnivores and were powerless to resist the savoury siren song of the window of meat.

They don’t waste time with small talk here – you’re here to eat, they’re here to feed you, and the food speaks for itself. As soon as we sat down, a big bowl of complimentary soup and four small bowls were slapped onto the table.

Next to us, a table of old Chinese people too busy eating to chit-chat, including a couple of old Chinese women who reminded me of our late grandma, slurping up noodles and sucking vigorously on roast duck bones. Our table felt a bit greasy but I felt right at home with all the delicious savoury smells and the constant sound of the cleaver hitting the chopping block, carving up whole roast ducks and chickens and slabs of pork.

When I was a child in Malaysia and it was roast meat carving time at home I’d fetch my grandma her little red plastic stool so she could sit on it in the corner and chop up the meat with her big cleaver (she called it a “chopper”) on her well-worn heavy wooden chopping block. I’d stand well back – Grandma’s orders – and cringe at the bone-crunching sounds of roast duck, chicken or pork being chopped into pieces for serving. If I was there at just the right time, she might just give me a little piece of meat or crispy skin.

With these visions in my head, it was great reading the menu and deciding what to order while drinking the delicious free soup.

It was tempting to keep drinking soup until the big bowl was empty, but we wanted to make sure we left plenty of room for meat. I had a couple of bowlfuls and forced myself to stop.

The meats were arranged in four delectable rows and served with two dipping sauces – one made with mashed garlic, oil and chopped spring onions (sorry, I honestly can’t remember what the other sauce was). Underneath the duck and chicken was a surprise of boiled peanuts (not pictured). But we only had eyes for the meat. The crispy-skinned roast duck was delicious and the chicken moist and tender, but my favourite was the roast pork, with its crispy crackling, succulent flesh and a layer of melt-in-the-mouth fat. We all thought the BBQ pork could’ve had a stronger charry flavour and was a little on the dry side – hopefully just a one-off, not a weak point.

The fragrant dipping sauce of mashed garlic, oil and spring onion was Jac’s favourite. She couldn’t stop eating it.

To go with the meat, we ordered rice for four and broccoli with oyster sauce. The broccoli was cooked perfectly – no longer hard, but pleasantly firm to bite.

At Golden King BBQ you can also get Asian-style drinks including carrot, jackfruit, durian and avocado milkshakes (separate flavours, not all together!), lychee ice, coconut juice, and Vietnamese style coffee served black or white, hot or cold. I had a refreshing tall glass of lychee ice (AU$4) and laughed secretly to myself remembering a time I convinced a boy I didn’t like that the lychees in his drink were eyeballs (yes, really!).

On our way out I took more photos of the meat hanging on hooks in the window. A magnificent slab of roast pork with its golden crispy crackling (imagine a whole wall of that!) and fat drippings hanging from the bottom…

I haven’t posted the photos, but underneath the hanging meats were metal trays containing a variety of cooked organs – stomach, intestines and a selection of grey, brown and off-white items I couldn’t identify. Nothing goes to waste in a Chinese kitchen. :)

Lovers of Chinese roast and barbecue meats will find it hard to resist the window of meat. The complimentary soup reassures you of your decision to step through the door. Pretty soon, an unspoken agreement between you and your dining companions: can’t talk, eating. 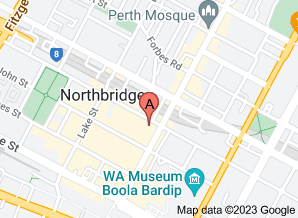